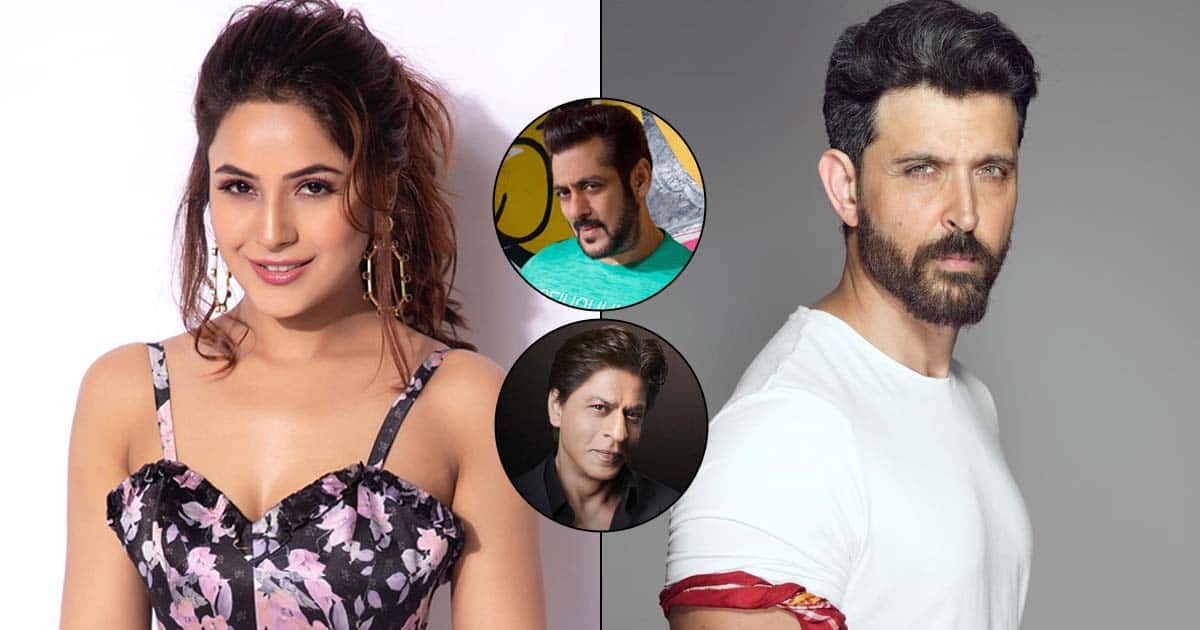 Bigg Boss, starring Salman Khan, included Shehnaaz Gill. In the program, Salman was always there for Shehnaaz. Even after the show, Salman and Shehnaaz formed a close friendship. On Eid a few years ago, Salman and Shehnaaz displayed a strong relationship. Salman is embraced and kissed her. Salman even drove her to the airport in his own car. At the same time, at an Iftar party, Shehnaaz and Shahrukh Khan displayed a strong connection. The footage of them meeting and talking to each other became popular on social media.

In the wake of all this, she commented on social media about Hrithik Roshan.  Shehnaaz Gill, on the other hand, posted a video of a Hrithik Roshan commercial. 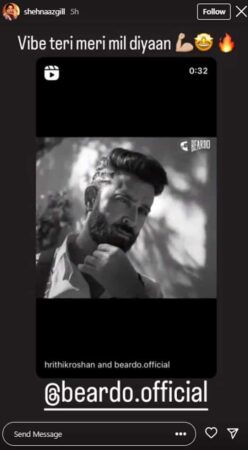 Shehnaaz has utilized emojis with stars in their eyes in this way. Saba Azad, Hrithik’s girlfriend, has posted heart and fire emojis on the video Hrithik has shared.  Shehnaaz Gill will soon be featured in Kabhi Eid Kabhi Diwali, a new Bollywood flick. Salman Khan himself approached him about the project.

Pooja Hegde and Salman Khan will also star in Kabhi Eid Kabhi Diwali, Shehnaaz’s Bollywood debut. Salman is alleged to have requested Shehnaaz to finish his fees on his own, according to the rumor mill. As far as he was concerned, Shehnaaz was free to charge as much as she wanted. Hrithik will soon be featured in Vikram Vedha, a new film from Vikram. 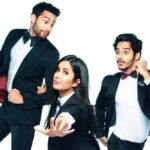 An adaptation of the Hollywood film Phone Bhoot has already failed!
Next Article