Ben Affleck and Jennifer Lopez were one of the most mediatic couples in the two years they were together from 2002 to 2004. And now after breaking up with Ana de Armas and Alex Rodríguez, respectively, they could have given themselves a second chance. This is claimed by several American media.

Last Sunday Ben Affleck posted on social networks a tender congratulatory message for his ex-wife Jennifer Garner, whom he married a year after breaking up with López, for Mother’s Day in the United States: “Very happy to be able to share these children with you. We are the luckiest parents on the planet. Thank you for all the good you do ”, along with some photos of the actress with the three children they have in common. Many saw in this message an approach, although they have always maintained an excellent relationship for the sake of their children.

But Ben Affleck could have written this congratulation next to Jennifer Lopez, who married Marc Anthony in 2004, the father of her twins, and broke up in 2014. According to the local press, the couple who were once baptized as Bennifer has enjoyed a getaway to the state of Montana, where they have been seen “at a kind of party,” according to Page Six . The Daily Mail , in addition, has provided some images of both mounted in a vehicle driven by Affleck (48) and with Lopez (51) in the passenger seat.

Neither the representatives of López or Affleck have wanted to report on the trip or on the relationship between the two. But a source close to them, who did not want to identify himself, has spoken: “Jennifer has spent several days out of town with Ben. They have a very strong connection. Everything has been very fast and intense, but Jennifer is very happy.”

The TMZ portal has provided details of these meetings. And he affirms that, after the party they attended in Montana, they left to stay at the Big Sky Resort. Then they would have flown from Bozeman, Montana, to the Los Angeles airport. Once they landed, they took an SUV that transported them to the mansion that J.Lo has in Bel-Air. The same sources assure that the protagonist of Argo and Batman had already been seen in recent weeks entering the house.

Just days after Jennifer Lopez’s break with former baseball star Alex Rodriguez, announced in mid-April, the press began to talk about encounters between Lopez and Ben Affleck. But another testimony provided by the US media speaks that between the two there is only a beautiful friendship. “They are friends. They always have been. They love each other very much and admire each other ”.

“Ben and Jen spent several days together in Montana. The two alone on vacation together. Big Sky Resort is a special place for Ben. They both looked very happy together, “says a source to the website specialized in celebrities .

This approach has not finished pleasing Alex Rodríguez, who, according to sources close to the athlete, is upset: “He is surprised that J.Lo has turned the page. He really thought that they would be able to make it work and reconnect. He has contacted her trying to see her, but she has been very curt with him ”. 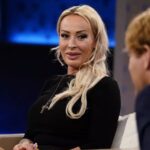 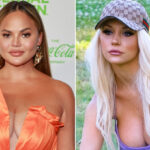