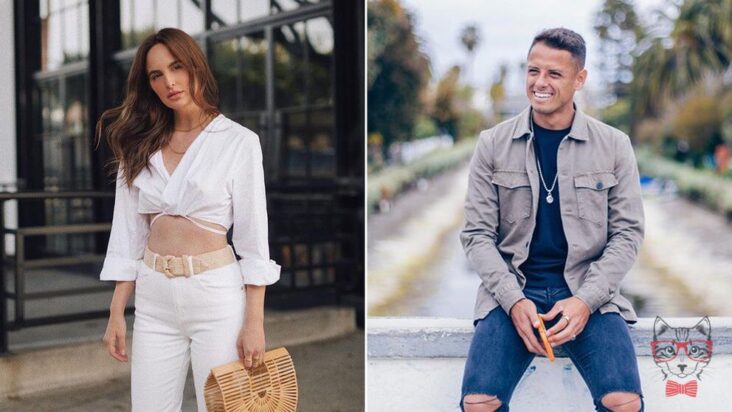 Australian model Sarah Kohan sent a strong message to who would be her ex-partner, Mexican soccer player Javier “Chicharito” Hernández, for the absence of the Mexican in the lives of her children. This after rumors began at the end of 2020 about an alleged break between the two and that in April 2021 a national publication confirmed their divorce.

From her official Instagram account, the Australian model published a photograph with her daughter Nala, who is the product of her union with the Mexican athlete, to celebrate eight months since the birth of the little girl. However, Sarah received hundreds of comments from netizens who asked about the absence of “Chicharito”.

“There have been many requests for this photo shoot to come back … I had already taken them, only I did not post on social networks for the last two months Happy eight months, my beautiful wife,” Sarah wrote in the post where it was He portrayed planting a kiss to the infant on the cheek.

As on previous occasions, the followers of the model asked about the absence of the girl’s father. There were even those who thought that the best thing for infants would be for both of them to get involved in raising the children they procreated: “ Their father should be in the photos. I respectfully think that when Noah grows up he will enjoy the photos every time with his mom and dad, ”commented one user.

“If a couple cannot do as a couple, then you have to form a great team and a good family for the children. They are beautiful ”, he concluded. Before the comment, Sarah responded with a forceful comment and took the opportunity to send a clear message to the Mexican athlete.

“Respectfully,” Sarah began, “please understand that you can’t make someone do something they don’t want to do, ” commented the model, who posted more photos of Nala in her stories on the digital platform.

For his part, after the magazine TvNotas confirmed the divorce between Javier Hernández and Sarah at the end of April this year, the footballer has allegedly become romantically involved with other women. The last time he was seen with influencer and businesswoman Caitlyn Chase.

At the end of April, some videos of the athlete in the company of the 33-year-old American businesswoman circulated on social networks , who became known at 18 and created a blog called Caviar & Cashmere in 2011.

On the other hand, the publication with national circulation reported that both were together and very much in love: “(Javier and Caitylin) They were together in a private cabin, on the roof. Isolated, just the two of them, “reported a source close to the magazine at the time.

On the rumors of this alleged courtship, the model mother of the two children of “Chicharito” also decided to send a “hint” from social networks. Through Instagram, Sarah wrote: ” Sometimes people do not understand the promises they are making as they are promising,” she expressed, taking up a direct quote from the American writer John Green.

Rumors about the breakup began at the end of December 2020. During those days, the model sent more than one message to indicate the imminent breakup; and they increased when the player r did not congratulate Sarah on her birthday in March of this year.

For his part, in various interviews and meetings with the press, “Chicharito” tried to dispel rumors by giving a good image of the model and ensuring that she was a good mother to her children. However, now the separation seems a fact, and it seems that it did not happen on good terms. 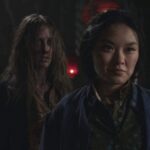