A few days after the jury ruled in favor of Johnny Depp, Amber Heard‘s sister, Whitney Henriquez, reiterated her support for the actress, assuring that she would testify “a million times” to support Heard’s statements, being one of the few witnesses that the Hollywood interpreter had, as she was one of the few people who saw the physical attacks that took place during the relationship.

Contents
Amber and Whitney, inseparable sistersWhat do we know about Whitney Henriquez?

After a couple of days, inflamed by the reaction of public opinion regarding the verdict in the Depp-Heard trial, Whitney Henriquez raised her voice, once again, to show her unconditional support for Amber, her older sister. During her participation in the six-week trial, the 35-year-old claimed that the “Pirates of the Caribbean” actor once hit her and later also assaulted Heard at the top of a ladder.

In an Instagram post, Henriquez expressed his admiration for Amber, even though the results of the trial did not benefit her, she assured her that her sister is a synonym for courage, for defending herself in the way she did, no matter how difficult it was. It turned out knowing that he had everything against him.

“I’m still with you, sissy.” Yesterday, today, and tomorrow I will always be proud of you for standing up for yourself, for testifying both here in Virginia and the UK, and for being the voice for so many who cannot speak for the things that happen behind closed doors,” she wrote.

“We knew this was going to be an uphill battle and the cards were stacked against us. But you stood up and spoke up despite everything,” continued Heard’s younger sister and best friend, as the actress stated in an interview for “The Hollywood Reporter” in 2018.

“She is my best friend. She is my accomplice in the crime, “she revealed on that occasion. 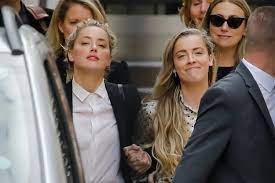 What do we know about Whitney Henriquez?

Whitney Henriquez (September 18, 1987), who starred in the film “Homo Erectus” in 2007 and also ventured into modeling, before the pandemic was dedicated to the logistics of reception services, such as catering at various events. She is married to Gavin Henriquez, a resort operator, with whom she shares two children. 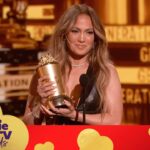 Jennifer Lopez: Thanks to those who did not believe in me
Next Article 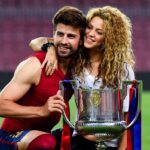