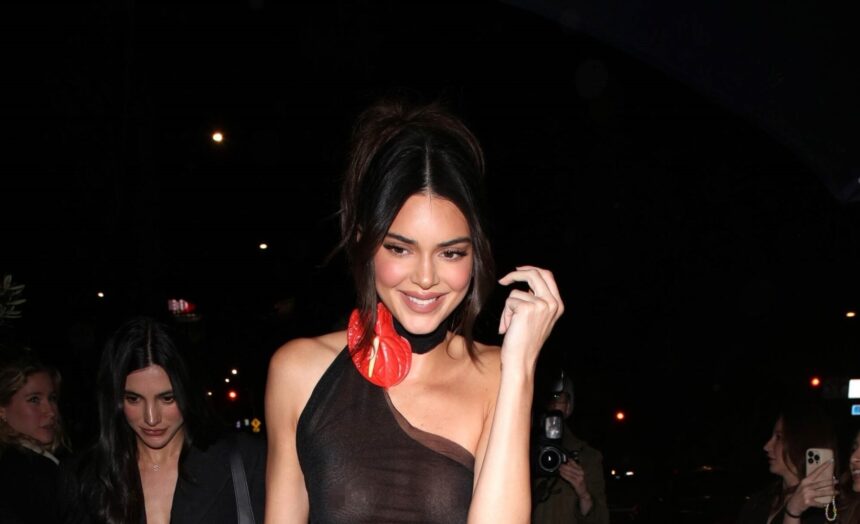 For her most recent night out in Los Angeles, Kendall Jenner opted for a skintight outfit.

The diva wore a one-shoulder black gown with ruching at the waist for her racy appearance. Jenner opted to forgo a bra and wore only her black panties, which showed through the sheer top.

The dress stopped just before her ankles, and she paired it with black strappy sandals, a matching black purse, silver stud earrings, and a necklace with a 3D tropical flower. Her hair was done up in a sweetly romantic curled updo for a glamorous touch.

The celebrity posted a series of photos to Instagram showcasing the outfit, in which she can be seen lounging on a white linen blanket. Jenner captioned the photographs with a suitable black cat emoji, which drew attention to the extra-long train that trailed from the rear of the choker. 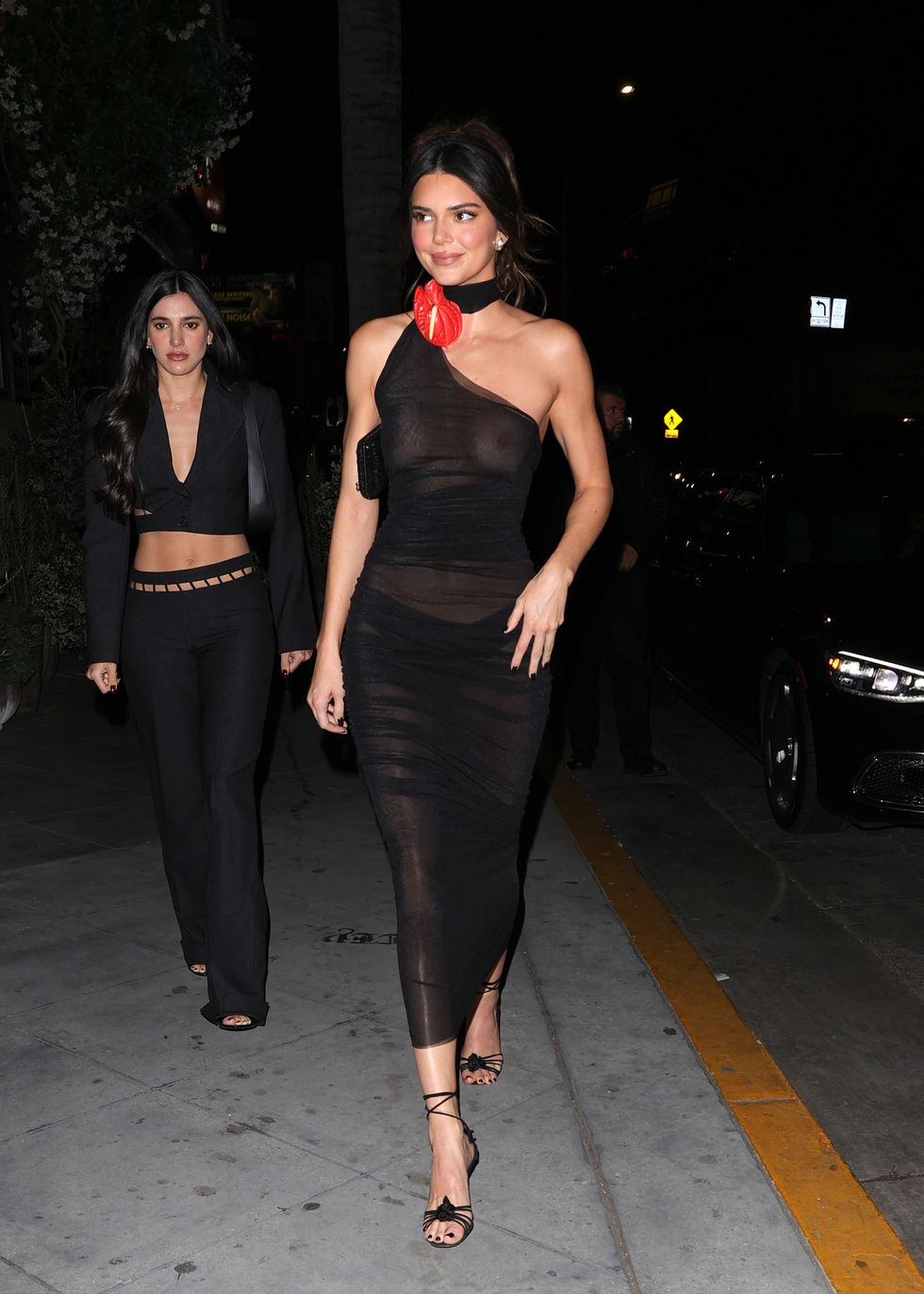 The entrepreneur of 818 Tequila met up with her celebrity best friend Hailey Bieber and shared some photos from their night out together in her Stories.

In addition, Jenner recently shocked the fashion world by going pantless in November. On a Sunday, the actress was spotted out and about in a black knit sweater and sheer black Calzedonia tights, which she accessorised with black slingbacks, black rectangular sunglasses, and a woven top-handle bag by Bottega Veneta. She accessorised her all-black ensemble with a bunch of sunny yellow sunflowers.

Mary Trump Speaks Out. Declares Marjorie Taylor Greene As The ‘Actual Speaker of the House’
Next Article