Every June 21, International Yoga Day is celebrated, a date that seeks to raise awareness among the population about the benefits of practicing yoga.

Contents
What is yoga?Why the importance of yoga?

In recognition of its universal popularity, on December 11, 2014, the United Nations Assembly proclaimed June 21 as the International Day of Yoga, through resolution 69/131.

Said resolution indicates that the date seeks to encourage people and populations to adopt healthier decisions and lifestyles that promote good health.

Originally from India, yoga is a physical, mental, and spiritual practice of ancient tradition. The word “yoga” comes from Sanskrit and means “unity” because it symbolizes the union of body and mind.

Therefore, yoga is a healthy practice that can holistically contribute to achieving a balance between mind and body.

According to the United Nations, it is a physical, mental, and spiritual practice of ancient tradition, which originated in India. The word “ yoga ” comes from Sanskrit and means unity because it symbolizes the union of body and mind.

In the Dominican Republic, International Yoga Day has been celebrated for eight consecutive years, with outdoor yoga sessions in public spaces in Santo Domingo and in different provinces of the country. On this occasion, the activity will be led by the Embassy of India and its ambassador Ramu Abbagani.

The approach to health and wellness offered by yoga can contribute directly, and in a practical way, to humanity’s quest to achieve sustainable development and move towards lifestyles that are in harmony with nature.

Why the importance of yoga?

First of all, a sedentary lifestyle is one of the ten most frequent causes of death in the world, and a key factor in non-communicable diseases, such as cancer, diabetes, and cardiovascular diseases.

Taking this into account, the World Health Organization (WHO) has also asked the Member States of the United Nations to promote physical activity, such as yoga, to citizens.

The United Nations Organization proclaimed June 21 as the International Day of Yoga. This resolution was presented in December 2014 to make the population aware of the benefits of this practice.

For 4 months, the Perseverance rover has had an unexpected travel companion on Mars
Next Article 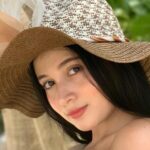