Roberto Blandón was questioned about the recent statements of his daughter Regina, who revealed that she was the victim of abuse at the age of 6 by a man close to her family.

During his meeting with the press in Mexico City, the 61-year-old actor initially said he was unaware of what Regina said, and then assured him that the events had not been so serious.

“I’m not aware, ask her, I just returned from a trip and I haven’t talked to her yet, I don’t even know what it’s about,” he commented.

At the insistence of the media, Roberto proceeded to express: “that was thirty thousand years ago and it never really amounted to abuse”, and denied that he wanted to beat the culprit to death, as the actress stated: “no, it didn’t go that far”.

“It was not so serious,” he reaffirmed moments later.

Once that was clarified, Regina Blandón’s father said he did not know if the actress went to therapy to overcome this alleged trauma, as she mentioned in an interview.

“I was not aware of what she revealed, but now that I spoke with her, I asked her how much she declared to have data about what they are asking me,” he said.

The artist, who rose to fame for her character Bibi in the series “La Familia P.Luche”, spoke a little more about this fact that marked her childhood in a conversation for Isabel Lascurain’s YouTube channel.

And it is that, although on previous occasions, Blandón had already touched on the subject, it was this time that he decided to explain why it seemed important to him to speak publicly about what happened to him.

“I kept it for many years. Until I saw that getting it out helps,” she noted.

According to what Regina revealed, the man who attacked her was an employee who worked at her grandparents’ house in Acapulco.

“He would go into my room at night. There was no rape as such, but there was abuse,” she assured. 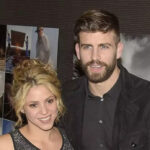