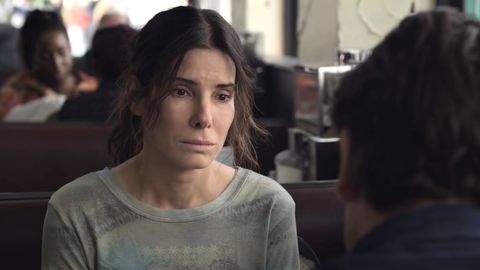 On December 10, a new thriller that is going to make people talk comes to Netflix: it is Unforgivable (The Unforgiven), starring Sandra Bullock. The actress comes from being the protagonist of one of the films with the most reproductions on the platform: Blind ( Bird Box ). The idea is to impact again and generate the same profits and the success of this film, although the approach is totally different.

The film is a kind of remake of the 2009 English miniseries Unforgiven starring Suranne Jones (Dr. Foster and Gentleman Jack).

In this case, Bullock takes on the role of Ruth Sater, a woman released from prison after committing a violent crime for which she served a 20-year sentence. Reintegration will be the most difficult task she will have to face as society does not forgive her for her dark past. Her only lifeline in this whole story is the possibility of reuniting with her sister and achieving her forgiveness. Both separated when this event happened and her then little sister was given up for adoption to another family.

In an interview with the Entertainment Weekly publication, the actress referred to Ruth, the woman she plays in Unforgivable: “My character is someone who has been incarcerated for 20 years for a quite heinous crime and comes out. There are several people whose lives were affected by this crime that he committed, and there is a lot of hatred, anger, bitterness and sadness associated with his release. But Ruth’s most severe trauma is the forgiveness she fails to obtain from her own sister who already has a new life. Regarding this, she added: “She wants to find this person, the only family she had when she came in, and you keep asking yourself, ‘Why can’t you forget it? This family member was traumatized by your actions, let him go! Stop hurting these people again. It’s a murder mystery in a very complex character drama.”

The film went through several hands until finally reaching Sandra Bullock. In fact, the director was going to be Christopher McQuarrie and the possible protagonist was going to be Angelina Jolie. The project was kept in a drawer until several years later, it was Bullock herself who dusted it off and made it happen. In addition to starring, Bullock is also the producer of the film.

Thus the actress moves away from those roles for which she became famous more linked to romantic comedies and gets fully into thrillers where she also moves very comfortably. Recall that Bullock won the industry’s top award, the Oscar, for her performance in A Possible Dream in 2010.

Unforgivable is directed by Germany’s Nora Fingscheidt, who won the 2019 Alfred Bauer Prize at the Berlin Film Festival for System Crasher and is based on the eponymous book by Sally Wainwright, creator of Happy Valley and Gentleman Jack.

The cast is completed with the participation of the great Viola Davis (How to Get Away with Murder), Vincent D’Onofrio (Daredevil), Jon Bernthal (The Punisher), Richard Thomas, Linda Emond, Aisling Franciosi, and Rob Morgan (Stranger Things).

The film will have a screening of cinemas from November 24 prior to landing on Netflix on December 10.

Bullock with a super loaded schedule plans to premiere a romantic comedy in April 2022. It is The lost city of D, where she is accompanied by Channing Tatum. Sandra plays a writer who discovers that a city that she had recreated in one of her novels exists in reality. 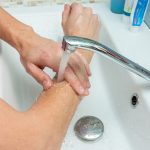 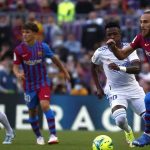