Although we have just seen the version of the Justice League of Zack Snyder , where Batman was played by Ben Aflleck and Superman by Henry Cavill , both characters will be restarted soon. Robert Pattinson has already shot his Dark Knight movie , while there will be a new Man of Steel , although this time it will be a black actor.

JJ Abrams will serve as producer and has chosen Ta-Nehisi Coates as the screenwriter. He is a prestigious writer of Black Panther and Captain America comics , but now he has the immense task of creating a story of a Black Superman that reaches the people.

“Nothing you can say would be helpful here. Absolutely nothing. Nothing I can say will do anything to improve the way this movie is finally received. I have a great thing: I want people to have their own experience with art, and I don’t want to step on it. I don’t want to be heard. I don’t want to be seen. I want you to see what we finally produced about Superman. ”

“We live in an era in which people, because you have social networks and you can share a lot, the instinct when you are creating is to let the fans participate in the process, let them see where you are going… I worry about doing an injustice with art. . I’m just worried that, even if it’s unintentionally, I’m sowing ideas in people’s heads. ”

Ta-Nehisi Coates would like people to go to the movies without knowing anything about the movie.
“Now look, there’s a point where you have trailers and things where I’m going to have to talk about that, but if it was up to me, I wouldn’t say anything until I’ve been out and seen and consumed and all that. I don’t want to get in the way. I want Superman to have his chance. ”

“I really want her to live. I want to be greeted. I don’t love me and whatever baggage the narrative has of me should overshadow that. As much as possible, I would really like to go back and hopefully do something that people feel is worthwhile. ”

Do you want to see a black Superman in the movies? Leave us your comments below. 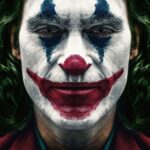